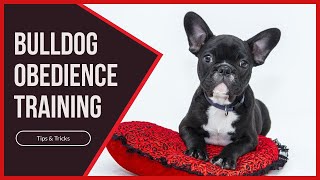 These short English bulldog obedience tips are directed to new pet owners. It was not long ago when I was one of those who got dogs thinking that it is like TV that I can shut off whenever I get bored. What I did not realize then was dogs, just like humans, has its own personality and behavior. For this reasons, dogs must be tamed and trained by its owners. Dog obedience is needed in order that the owner and its pet will live harmoniously and enjoy each other well.

The first tip I can give is for you to the model of your pet in terms of behavior. Dog learns and adapts behavior from his master. He is a very observant creature and what he see and observes in your attitude will be mimic towards you and others. The more playful you are with your dog, the more he will be energize to have constant physical activities with you. If you happen to be a couch potato, then don’t be surprised to discover that you are having Garfield instead of your dog. As a role model, you have to make the dog understand that you are his master, and friend of course, so that he will follow your orders and instructions.

I hope that this simple dog obedience tips has help you in your quest to have a great relationship with your new friend.